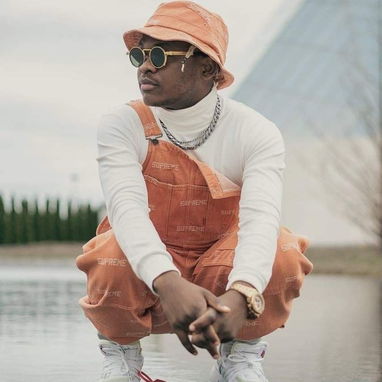 Shasha Damilola Alesh popularly known as Dice Ailes was Born on 1 August 1996 in Victoria Island, Lagos State, Nigeria. Dice Ailes got his education experience in Nigeria, Benin Republic and Ghana before relocating to Canada where he completed his Education at York University for a degree in Health and Society.
The Talented singer Dice Ailes broke into limelight with the song Miracle featuring Lil Kesh that was released in September 2016, that same year he also won the Rookie Of The Year at the Headies. He signed his record deal with Chocolate City in 2014. In 2017, Dice Ailes single 'Otedola' sparked a lot of controversies as the song seemed to be praises to the Nigerian billionaire Otedola. The song was also accompanied with a nice visuals that was directed by Visionaire Pictures.

Dice Ailes has an Estimated net worth of over $250,000, the "Otedola" crooner is a very unique artists in the industry and as he is promising music maker with a very strong fan base.

Download All Dice Ailes Latest Songs, Albums and Videos Below