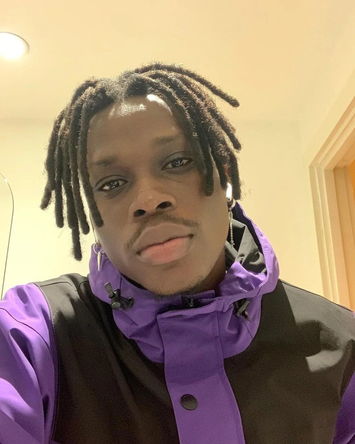 Fireboy DML Biography and Net Worth:

Born on 5 February 1996 , Adedamola Adefolahan professionally known as Fireboy DML is a Nigerian born Afro-pop singer and songwriter who hails from Ogun State, South-Western Nigeria. He was born into the family of the Adefolahan's in Abeokuta, Ogun State, Nigeria.

Known for his popular single Jealous, which became a National Anthem in the country, the Afro-pop singer is no doubt is one of the fast-rising talents in the Nigerian music industry. Since then, the Party Scatter crooner has always given us hits back to back.

The album Apollo which is Fireboy's Sophomore project houses other of his hits songs like Eli, Tattoo, New York City Girl, Champion, Spell etc features familiar and fresh production from previous collaborators Pheelz, Type A, iamBeatz, and P.Prime, as well as a feature verse from Nigerian hip-hop heavyweight and APOLLO executive producer Olamide,

Fireboy DML known for his incredible vocal techniques and creative singing style has gone on to release hits after hits. the “DML” in Fireboy's name is actually an acronym that represents his birth name, Adedamola Adefolahan. He shortened his first name Damola into DML.

Download All Fireboy DML Latest Songs, Albums and Videos Below