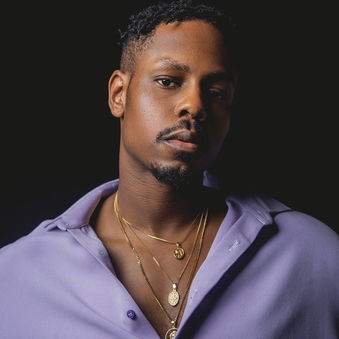 Ladipo Eso generally known by his artiste name Ladipoe a.k.a Poe was born 26th April in Lagos state, Nigeria. Ladipoe was born into a Christian family.

Ladipoe obtained a degree in Biology & Chemistry from the University of North Carolina at Pembroke. Poe as fondly called by his folks was then signed to Mavin Records by Don jazzy in 2017.

When he started his music career writing music with “Show Dem Camp (SDC) that is when people started noticing him and really wanting to know more about him and listen to his music.

His first single released under Mavins record Label was Man Already produced by Altims. But Ladipoe gained more prominence after releasing the song "Jaiye" in March 2019. His follow up single "Know You" featuring Nigerian Joromi singer, Simi was also a Banger.

The Rap Master, Ladipoe released his album Talk About Poe in 2019. This album really defined who the rapper is, Do yourself a favour and go have a taste of this amazing body of work.

With an estimated net worth of $450,000 dollars, Ladipoe is one of the most prestigious an influential musician signed to Mavins Label.

Ladipoe's single “Jaiye” was nominated in The Headies Award for Best Music Video at the 2019.
Also “Marry Me” featuring Falz’s won the 2015 Nigerian Entertainment Award for Best Collaboration.

Download All Ladipoe Latest Songs, Albums and Videos Below