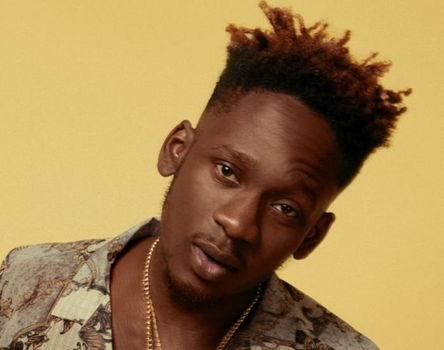 Mr Eazi Biography and Net Worth:

Oluwatosin Ajibade professionally known as Mr Eazi was Born on 19 July 1991 in Port Harcourt , River State. His Dad is from Yewa in Ogun State while his mother is from the Southern region of Nigeria.

Although, The Banku music singer, Mr Eazi grew up in Lagos. He moved to Kumasi, Ghana, where he studied mechanical engineering at the Kwame Nkrumah University of Science and Technology.

His single Bankulize (featuring Pappy Kojo) brought him to Limelight, and his follow-up track "Skin Tight" featuring Efya released in 2015 made Don Eazi a big fish in the industry. This also fetch him international recognition.

In August 2019, Mr Eazi launched emPawa Africa, a music initiative establish to assit young talent in the industry. This is where Joeboy and some other acts are signed to.

Don Eazi is currently in a relationship with Nollywood actress Temi Otedola. Temi is a daughter to one of Nigeria's finest Businessmen and Oil Magnet Femi Otedola.

Mr Eazi was crown The Next Rated in The Headies in 2016, he also won Top Naija Music Award for Artiste of the Year - 2017 and Nigeria Entertainment Award for Most Promising Act in 2016.

BetPawa a gaming Brand unveiled Mr Eazi as their brand ambassador in 2018.

Download All Mr Eazi Latest Songs, Albums and Videos Below

Mr Eazi One Day You Will Understand EP Released in 2020

Mr Eazi Something Else EP Released in 2021