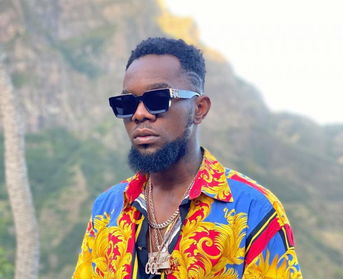 Patoranking Biography and Net Worth:

Patrick Nnaemeka Okorie widely known as Patoranking was Born on 27 May 1990 in Ijegun, Lagos State. Patoranking is an indigene of Onicha, Ebonyi State. He obtained his secondary school education at both Citizen Comprehensive College in Epe, Lagos and Jibril Martin Memorial Grammar School in Iponri.

Patoranking started gaining prominence after he did a collaboration with Dem Mama record boss Timaya on the song titled "Alubarika". His follow-up single "Girlie Oh" is another record that shoot him to Limelight completely. Girlie Oh was produced by Wizzy Pro

Patoranking signed a record deal with Foston Musik in 2014, and ended his affiliations with Dem Mama Records. Patoranking Joints like Girlie oh, Daniella Whine, and My Woman, My Everything featuring Wande Coal were all released under Foston Label imprint.

The award wining Reggae and Dancehall artiste, Patoranking has released several hit songs. His albums includes "God Over Everything" released in 2016, "Wilmer" - 2019 and "Three" released in 2020.

Patoranking who happens to be one of the most Influential Nigerian music act has so many collaboration with heavy weights in the music industry like Timaya, Wande Coal, Sarkodie, Phyno, Wizkid, Davido, Tiwa Savage, Olamide, Elephant Man, and Wasiu Ayinde.

In 2018, Patoranking has announced his own record label, Amari Musiq . Also unveiled with the label were two new artistes, Grey C & Walid.

Patoranking has won several notoble awards like The Headies Award for Best Collabo (Emergency) - 2014, The Headies Next Rated Award - 2014, MTV Africa Music Award for Song Of the Year (My Woman My Everything) - 2016, Nigeria Entertainment Award for Dancehall Artiste of the Year - 2017 and many other awards.

Download All Patoranking Latest Songs, Albums and Videos Below