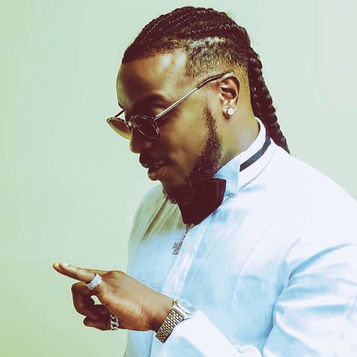 Peruzzi Biography and Net Worth:

Tobechukwu Victor Okoh widely known as Peruzzi was born on December 5, 1990 in Lagos state. He was born into a Christian family as the last child and the only son out of three. His father was an engineer, and his mother a nurse. Peruzzi rose to prominence after being featured on a song by Nigerian music legend 2Baba on a song called 'Amaka".

Peruzzi first started his musical career with Golden Boy Records in 2016, before getting signed to Davido Music World in 2018. Immediately he got signed to the 30BG gang, his stars started shining. Peruzzi is a front member of the 30 billion gang and also a strong ally to the DMW boss himself Davido.

When he released Majesty , the song rocked the airwaves for a while and he continued to get featured in some hit songs all over Nigeria. The song Majesty Video that featured 2018 Big Brother Naija runner up, Cee-c in the music video. He also dropped an amazing EP titled Heartwork.

His album Rum And Boogie is set to be released soon.

Download All Peruzzi Latest Songs, Albums and Videos Below