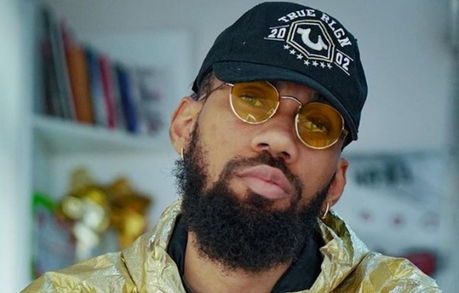 Phyno Biography and Net Worth:

Chibuzor Nelson Azubuike professionally known as Phyno was Born on 9 October 1986 in Enugu State. Phyno is a native of Anambra State. His stage name, given to him by one of his high school friends, and was derived from the word phenomenal. Phyno developed an interest for music production during his secondary school days.

No Guts No Glory was his debut album and was released in 2014. On this Evergreen album you will find hit singles like: "Ghost Mode", "Man of the Year", "Parcel" and "O Set", with collaborations from some heavyweight in the industry like Timaya, Flavour, Ruggedman, Bracket, J. Martins and Mr Raw.

The PlayMaker Album was Released in 2016, its in this album you will find songs like "Obiagu", "Financial Woman feat. P Square", "E Sure For me", "Link Up", "Abulo", "Fada Fada" and many more songs on this amazing album became household anthems. The 20-track album also enlists A-list artistes like Onyeka Owenu, 2Baba (2Face Idibia), Psquare, Burna Boy, Olamide, Flavour, etc. Production credit goes to the usual suspects, Major Bangz, Masterkraft, Kezyklef, Tspice, and Del’B. The album mixed and mastered by George Nathaniel.

After gaining so much prominence accorded to him from his hard work and persistency, Phyno release of his third studio album Deal With It in march 2019. It has been supported by some hit joints like: "Fuwa Sewa", "God's willing", "Agu" and "The Bag". The album features guest appearances from Olamide, Falz, Davido, Don Jazzy, Zoro, Runtown and Teni.

Phyno contributed so much in the #EndSars and #EndPoliceBrutality campaign in 2020. A campaign that was against the intimidation and oppression faced by the Nigerian youth from the hands of the security forces. On January 2021, Phyno came back with another anthem titled 'Highway' A record with he joined efforts with Nigeria;s renowned Disc jockey DJ Kaywise.

Download All Phyno Latest Songs, Albums and Videos Below

Phyno Deal With It Album Released in 2019

Phyno No Guts No Glory Album Released in 2014

Phyno Something To Live For Album Released in 2021

Phyno The PlayMaker Album Released in 2016