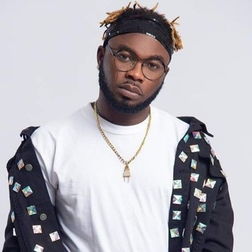 SlimCase Biography and Net Worth:

Oluwafemi Oladapo Oko-Eko generally known by his stage name Slim Case was born on 22 August 1982, in Ikorodu Lagos State Nigeria. Before venturing in music, Slim case started his career as a comedian where he performed for friends, family members and social gathering.
Slimcase rose to stardom after jumping on the Shaku Shaku trending Dance with his song "Oshozondi" which latter became a street anthem. The Otumba Lamba as fondly called by his fans has released several hits since his inception into the music mainstream.

Download All SlimCase Latest Songs, Albums and Videos Below