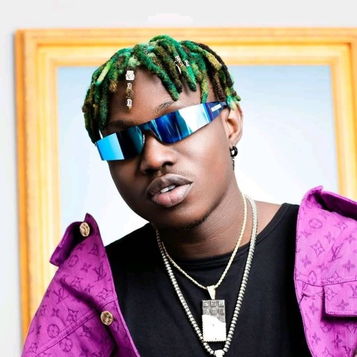 Zlatan Biography and Net Worth:

Zlatan started gaining recognition in 2014 when he won the Airtel-sponsored One Mic talent show held in Abeokuta, Ogun. He further gain prominence after featuring in Olamide song My Body in 2017. His major breakthrough in the music scene was revealed after he featured in the song "Able God" alongside Chinko Ekun and Lil Kesh in 2018.

The Zanku crooner, Zlatan founded his own label imprint "Zanku Records" in 2020. The likes of Papisnoop, Oberz and Jamopyper are also part of his team.

In 2018, Zlatan was nominated for City People Music Award for Rookie of the Year, In 2019 he won The Headies award for Best Collaboration (Burna Boy and Zlatan for "Killin Dem"). That same year 2019 he also bagged the African Muzik Magazine Awards for Best New Act, Best Collabo and song of The Year. Zlatan has other awards.

Download All Zlatan Latest Songs, Albums and Videos Below