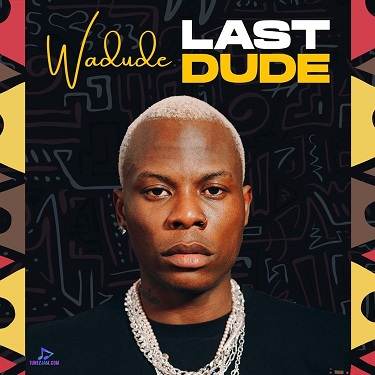 
Nigerian singer, Wadude dropped another masterpiece soundtrack "Santa Claus" which was from his new EP.


To create something beautiful, Wadude offers this beautiful piece of music tagged "Santa Claus" which would be acceptable by the fans out there. He kicks off this record in the year, 2022 and was lifted from his new and anticipated body of work Extended Play "Last dude" which was released by Slaughter House Music.

Wadude releases a new Extended Play titled "Last Dude", which has been shared on all streaming platforms. A gorgeous project where Wadube also showcases his capability and was released under the imprint of Slaughter House Music. According to the singer, he said; "I made this out of the hustle and the sweat against my demons, going radical and setting the tune to what the idea of what the "Last Dude" is all about"

Last Dude is a project made of Afrobeat, Afro-pop and Afro-hip-hop. It consists of six tracks with no guest appearance. The young crooner goes unaccompanied to show the fans what he's got. Truly, the Extended Play is worth listening to and here we enjoy it.

Lastly, the song "Santa Claus" appeared as the 3rd and one of the best tracks that will take your enjoyment very far... Trust me, you won't like to miss such an offering from Wadude.