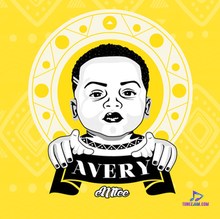 
Emtee features the Hip-hop rapper, Nasty C as they bring out this amazing record "Winning".


This time, Nasty C honours the invite from Emtee as they join forces and create such a beautiful song tagged "Winning". He released this song in the year, 2015 which has started making a huge trend in South Africa and internationally. It is one of the hits and well-created songs from Emtee's new and first debut album "Avery" which was released under the imprint of Ambitiouz Entertainment.

After being signed to the South African independent record label, Ambitiouz Entertainment, the Hip-hop and Trap rapper, Emtee released his official and first debut album titled "Avery" which has been shared on all streaming platforms. It is a great offering from Emtee as he showcases the high echelon of his music genres.

Avery is a phenomenal body of work album made of the subgenre of hip hop music called, Trap. The album artwork was designed by Mpho Ngakane. Avery consists of eighteen impressive and beautiful tracks which feature vocals from Nasty C, Nondumiso and Fifi Cooper, including Wizkid and AKA for the Remix of his 2015 award-winning song "Roll Up". Truly, Emtee showed what it is to be a veteran in this project and goes beyond expectation.

Finally, the song "Winning" stands as the 5th and one of the best tracks that will make you hit the replay button again and again... Trust me, you won't like to miss such an offering.

Share Emtee - Winning ft Nasty C Mp3 with others on;

Emtee - What I Do

A Reece ft. Emtee - Bigger Than Me