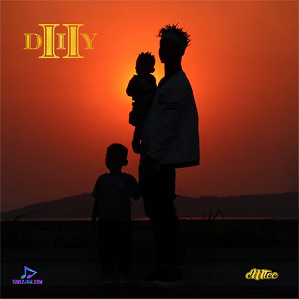 
And here we have a piece of new music titled "Keep It 100" by the South African rapper, Emtee featuring Saudi.


One of the South African notable hip-hop rappers, Emtee offers the fans a new interesting song dubbed "Keep It 100", as he features a vocal from Saudi. He kicks off this song in the year, 2018 which was said to be one of the tracks from his special offering (Album) titled "DIY 2".

After the succesful release of his second studio album "Manando", Emtee offers out the third studio album "DIY 2" which has been shared on all digital downloads. It was released under the imprint of Ambitiouz Entertainment.

DIY 2 is another phenomenal body of work album which was made of Hip-hop. It consists of thirteen impressive and beautiful songs which feature vocals from the African top-notches like S'Villa, Snymaan, Saudi, Sims and Sjava, whose individual services are generally accepted.

From the album, the song "Keep It 100" makes way for itself to be the 12th track that deserves to be in your playlist and here you have it for your free download.

Emtee - What I Do