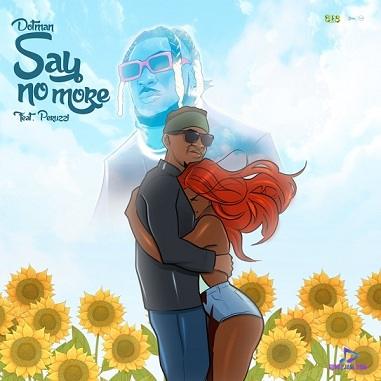 
The Nigerian singer and songwriter, Dotman released a new song "Say No More" which features, the DMW singer, Peruzzi.


One of the celebrated Nigerian singers, Dotman just released a new beautiful piece of music titled "Say No More" as he features the voice of Peruzzi. The song was released in 2022 which has started making a trend and collecting lots of streams on the platforms.

Olatunji Oladotun Alade, popularly known as Dotman, is a Nigerian singer, rapper, and performer. He is one of the Nigerian most favourite musicians and is the CEO of 808 Recordz. He is most known for his hit singles "Akube", "My Woman", "Afro Girl" and "Omoge" which are massive plays after the releases.

As he continues the journey, the Afropop and Rap crooner just offered a new song "Say No More" which features Peruzzi as they both showcase their different capabilities. Trust me, you won't like to miss this one from Dotman.


Share Dotman - Say No More ft Peruzzi Mp3 with others on;

Dotman - If You Know