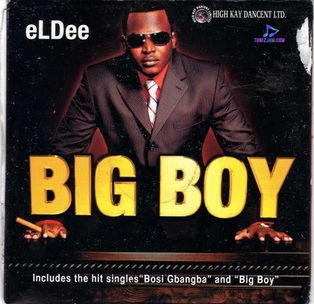 
The record "Wambi Na" was crafted and recorded by Eldee with combined efforts from Keno, Oladele & Proto. This interesting record was derived from his well-accepted studio project named "Big Boy".

It was in the year 2008 that Eldee recruits Keno, Oladele & Proto for a job well done on the record christened "Wambi Na" which appeared as track three off the "Big Boy" catalogue that is gifted with twelve melodious tunes.

Eldee has earned his respect in the Nigerian music industry. He started his musical journey since the year 1998 when he alongside KB and Freestyle teamed up to formed the Trybesmen record that we see today.

eLDee - What I Want

eLDee - U Blow My Mind (Instrumental)