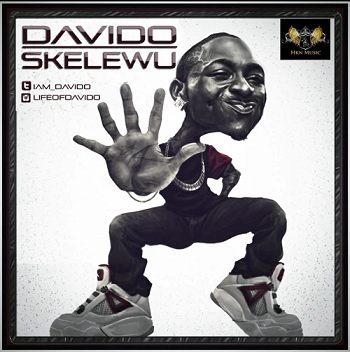 One of the Nigerian hitmakers, David Adedeji Adeleke, widely known as Davido, steals the show with this record called "Skelewu" the record sends his fans crazy, as they all fell in love with it. Skelewu is a danceable record, which is capable of lifting you on your feet, OBO, really finished work on this studio number.
Between 2013 and 2015, Davido released many hit singles, and this record "Skelewu" is one of them, He really took his fans to a whole level, showing his vocal prowess. Nobody does it like, Davido, the singer seems to have enough substance to keep up his velocity.

Furthermore, this record "Skelewu" gained a massive audience in the muisc scene in 2013, it topped many major music charts on digital stores; a dance style called Skelewu was formed after this release of this beautiful record. Shizzi, the HKN in-house music producer, did excellent work in the production section of the record.
Davido is so talented and blessed., This record is an evergreen jam, which can't be forgotten in a hurry. Press play and dance to this exciting record "Skelewu".