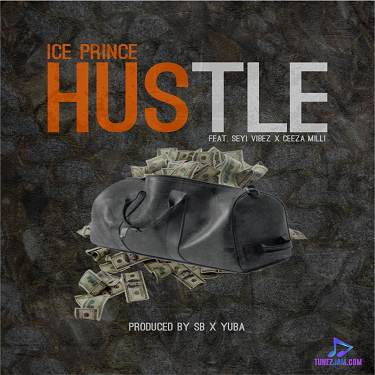 
The Nigerian singer and rapper, Ice Prince has released a new song titled "Hustle" as he features Seyi Vibez and Ceeza Milli.


After many successful releases, the Nigerian recording artist, Ice Prince offers the fans a new classic number tagged "Hustle" which features voices from Seyi Vibez and Ceeza Milli. The song was released in 2022 which has started making a trend and collecting lots of streams on the platforms.

Panshak Henry Zamani, better known as Ice Prince, is a Nigerian singer, songwriter, rapper and actor. He is best known for his single "Oleku", which was one of Nigeria's most remixed songs of all time. Ice is one of the best celebrated in Nigeria and Africa and has associated with lots of superstars in the industry.

Thinking that it's not yet over, the Oleku crooner just offers a new interesting song "Hustle" which would be accepted by the fans out there. On this one, he called out Seyi Vibez and Ceeza Milli, who rendered good services in making it a successful one.

Sean Tizzle ft. Ice Prince - I Got It