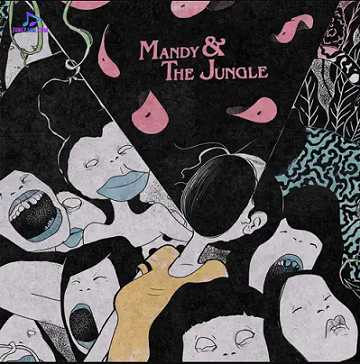 
Cruel Santino creates another interesting record titled "Raw Dinner" as he features Kida Kudz. He released this song in, 2019 which has started making trends in Nigeria and across the country. The song was taken from his new body of work album titled "Mandy And The Jungle" which has been shared on all streaming platforms.

After the succesful release of "Suzie's Funeral" in 2016 through Immaculate Taste, Cruel Santino releases his very first studio album called "Mandy And The Jungle" which has been shared on all streaming platforms. It was released under the imprint of Monster Boys.

Mandy And The Jungle is a great and well-created album where Santino showcases the high echelon of his capabilities and music genres. It houses a number of sixteen gorgeous tracks featuring guest appearances from DRAM, Krisirie, Bridge, Nonso Amadi, Tay Iwar, Shange Eagle, Amaarae, Tomi Agape, Kida Kudz, GoldLink and Seki, whose services are generally accepted.

Taken from this gorgeous album, the song "Raw Dinner" happens to be the 11th and one of the best tracks that deserve a high place in your favourite playlist... Listen and download it below!!!