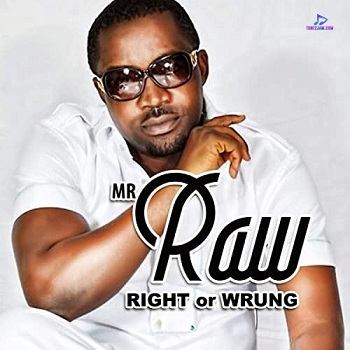 
"Hustlers" is a new song by the Nigerian rapper, Mr Raw featuring the singer, Flavour.


Flavour honours the invite from Mr Raw as they team up and create this lovely piece of muisc titled "Hustlers", and fans are delighted about his new release. He made this song worldwide in, 2005 and was lifted from his new and gorgeous album of 14 tracks titled "Right Or Wrung".

This season, Mr Raw is very proud to present his very first album called "Right Or Wrung", as he calls out many superstars in the industry who added their voices. An album where Raw showcases the high echelon of his capabilities and music genres as he makes use of both English and Igbo dialects.

Right Or Wrung is a great album made of Hip-hop and Rap. It houses a number of fourteen impressive and well-created songs whch features guest appearances from Klint Da Drunk, Minista Busta, Flavour, Niyola, 2shots and Ruggedman, who rendered good services in making it a successful one. Truly, the album is really worth listening to and here enjoy it.

In conclusion, the song "Hustlers" makes way for itself to be the 8th and one of the most interesting songs that will make you hit the replay button again and again... Listen and download it below!!!

Share Mr Raw - Hustlers ft Flavour Mp3 with others on;