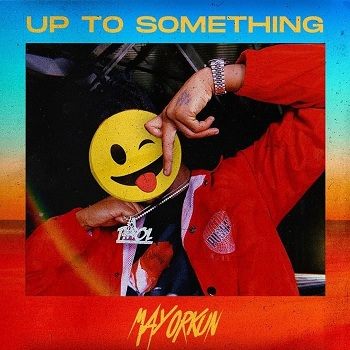 Track Title: Up To Something


Talented Nigerian artist, Mayorkun, comes through with a new record he tags "Up To Something".

Award-winning Nigerian hitmaker, Mayorkun, outdoors this interesting record called "Up To Something" as one of his 2019 debut singles, which is a potential hit jam, highly anticipated. The "Mama" crooner, Mayorkun, released this record for the amusement of his esteemed fanbase and the music community.
Adewale Mayowa Emmanuel, Mayorkun, is one of the DMW ruling stars. Every song he touches is a hit. His versatility in the Entertainment Industry is something to reckon. This fabulous record "Up To Something" was released in the year 2019.

The record "Up To Something" was produced by DMW in-house music producer, Speroach Beatz. Mayorkun, came through with this mid-tempo record after he created magic with Kizz Daniel on the record named "True" a groovy sound, still blasting speakers, and collecting lots of streams, views and downloads on digital stores.