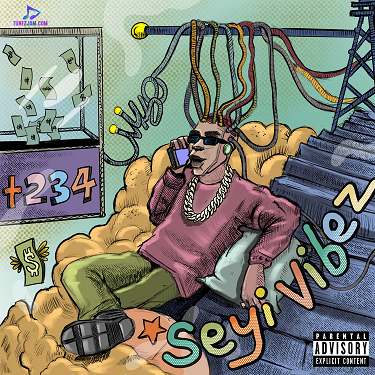 
Thinking of what to offer to the fans, the Nigerian favourite crooner, Seyi Vibez just released a new song which he titled "+234". The song was released in 2022 which has started gaining fans' attention and collecting many streams on the platforms.

Balogun Afolabi Oluwaloseyi known popularly as Seyi Vibez is a Nigerian singer and songwriter. One of the youngest celebrated music stars who are currently making a big wave in the industry. He has also worked with lots of superstars and thinking of what to ginger you more music, Seyi Vibez is right here for you.

Still not yet recovered from his previous Extended Play "No Seyi No Vibez", the Afrobeat singer just offered this song "+234" where he really performed well and fans are once more delighted about his new release.