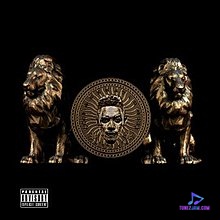 
Take the song "Bad Girl" which was recorded by the Nigerian favourite rapper, Jesse Jagz as he features Wizkid.


Multi-talented Nigerian rapper-songwriter, Jesse Jagz dishes out another stunning tune "Bad Girl" which features the voice of the Afrobeat singer, Wizkid. He released the song in, 2013 and was lifted from his new gorgeous album titled "Jagz Nation, Vol.1. Thy Nation Come".

Jagz Nation, Vol.1. Thy Nation Come is a great and phenomenal body of work album made of Hip hop, ragga and dancehall. It comprises a number of eighteen beautiful tracks which feature guest appearances from 9ice, Wizkid, Brymo, James Maverik and Lindsey Abudei, who added their voices to create something beautiful.

From the album, the song "Bad Girl" appeared as the 17th and one of the engaging tracks you've been wanting to overhear and here you have it for your free download.