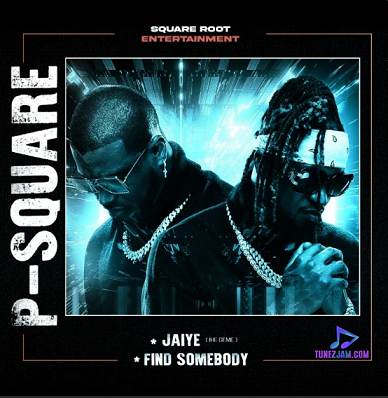 
The Nigerian music duo, P Square is back again in the scene with a new song titled "Find Somebody".


As fans wait for their new release, the R&B brothers, P Square makes a surprise as they put out a new song called "Find Somebody", and fans are widely delighted about their new release and impressive performance. It was released in 2022 and has started buzzing on social media and accumulating lots of streams on the platforms.

P-Square is a Nigerian music duo consisting of the twin brothers Peter Okoye and Paul Okoye. Both produce and release their songs and albums through Square Records. They are two of the best and biggest music duo Nigeria and Africa has due to their impressive and outstanding performances since their recognition in the public eye.

As we all know, P Square has been active since 2003 with the release of their songs like "Last Nite", and "Senorita", but they split in 2017 after great works in their music career including their last album "Double Trouble" which was released in 2014. The duo goes their separate ways but still can't stop what made them who they are today (Music).

After the split, both started showcasing their different capabilities as they release many singles and projects. Yet, we don't know what got them separated, but fans are delighted as they are still active in the muisc industry.

Today, after the shocking video went viral on social that the duo is back again in the music scene, they surprise and thrills the fans with two classic and well-created songs "Find Somebody" and "Jaiye (Ihe Geme)", that would be accepted by fans. It was such an anticipated one and the duo really goes beyond expectation by giving the beat a nice voice and lyrics. Indeed, the songs are really worth listening to and here we enjoy them.

Share P Square - Find Somebody Mp3 with others on;

P Square - Bring It On