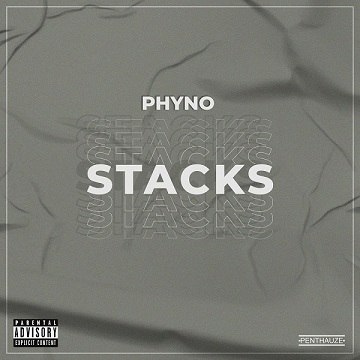 Nigerian Rap titan, Phyno, surfaced back in the music scene, as he ends the month of September 2021, with this one tagged "Stacks". Phynofino, release this record after he gave us "Bia", a gospel record, he uses to thank the Almighty God, for His blessings, favoured and marvellous powers.
Chibuzor Nelson Azubuike, widely known as Phyno, is a Nigerian talented rapper, singer and record producer. This artist is known well for his versatility and credibility in the music scene. Who will say he doesn't know Phyno, after his records; "Alobam", "Parcel", "The Bag" and many more. This artist has contributed immensely to the growth Hip Hop music in Nigeria, and also paved way for future rappers.

Phyno, has released numerous records songs since his inception in the game. This latest record "Stacks" give fans another taste of the uniqueness and creativity, which has kept Phyno on the map. He always comes extraordinary and never disappoints.
In addition, this record is ahead of his forthcoming album, which we are expecting to be out in October 2021, according to his tweet on Twitter and Instagram handle. The album will be his fourth studio project, after "Deal With It" in 2019. Eli DeGreat, was responsible for the production of this record.