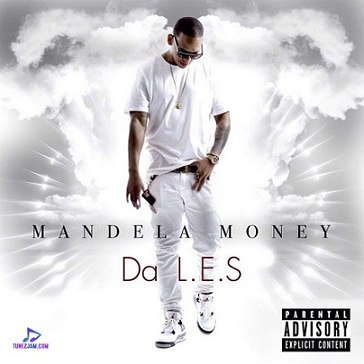 
"Patron Break" is another hit and well-created song by the SA-American rapper, Da L.E.S featuring AKA and J. Prez.


Thinking that it's yet enough, the rapper, Da L.E.S unveils a new stunning record "Patron Break" featuring the rap stars like AKA and J. Prez, whose services are well accepted. The song "Patron Break" was released in 2014 and has started making a trend and accumulating lots of downloads on the platforms. It is one of the tracks off his new and second studio album "Mandela Money".

Da L.E.S comes to the release of his much-anticipated album "Mandela Money" which has been shared on all digital downloads. It is a follow-up to his debut album "Fresh 2 Def (2008)" released through Ghetto Ruff. The new album was released by his record company Fresh 2 Def Productions, along with a distribution deal through Sony Music Entertainment Africa.

Mandela Money is another tremendous and phenomenal body of work album where Da L.E.S puts more energy into making a done and dusted work. According to him, he stated that the album was inspired by former South African President Nelson Mandela, citing his inspiration to "Reach higher heights in order to have my face on money one day”.

Mandela Money is made of Hip hop, Crunk and Kwaito which houses a number of seventeen impressive tracks. It feature guest appearances from South African hip-hop recording artists like AKA and Maggz, whose individual services are generally accepted.

Finally, the song "Patron Break" stands as the 16th and one of the most outstanding tracks with special production that will make you hit the replay button again and again... Listen and download it below!!!