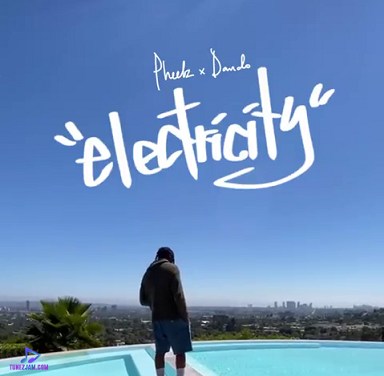 
The Nigerian recording artist and producer, Pheelz has come back again with a new song "Electricity" featuring Davido.


This time again, Pheelz calls out the DMW honcho, Davido as they create a new impressive song "Electricity" which would be accepted by the fans out there. It was released in 2022 and has started making a trend out there.

Phillip Kayode Moses, better known as Pheelz, is a Nigerian record producer, singer and songwriter. One of the most celebrated Nigerian producers who has worked with several artists and musicians, such as Olamide and Tiwa Savage. Pheelz is known to have produced many songs especially a song on Olamide's Baddest Guy Ever Liveth album.

Thinking that it's not yet enough after the successful release of "Finesse" with Buju, the recording artist just offered another classic melody "Electricity" as he calls out Davido, who added his voice to create something beautiful. Truly, the song is really worth listening to and here you have it for your free download.


Share Pheelz - Electricity ft Davido Mp3 with others on;