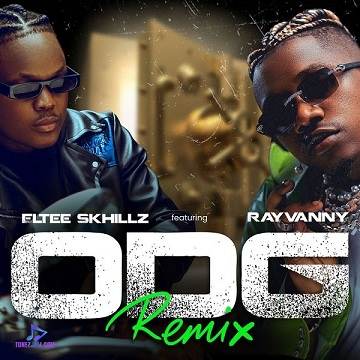 
The Nigerian singer, Eltee Skhillz has come through with the remix of "ODG" featuring Rayvanny.


To add more pressure to it, Eltee Skhillz calls out the Tanzanian recording artist, Rayvanny as they create the remix of "ODG", which would be accepted by the fans out there. It was released in 2022 about a few hours now and has started going viral and becoming the new sound to enjoy this season.

Olowu Taiwo David popularly known as Eltee Skhillz is a Nigerian recording artist and songwriter. One of the Nigerian young and talented singers who are currently making a big wave in the industry.

Today, after the great work on "Body of Work" EP, the Afrobeat crooner released the remix of "ODG" alongside the Bongo Flava singer, Rayvanny. The EP was released earlier this year and compiles a number of six tracks which feature vocals from Praiz, Niniola and Harmonize.
So let's enjoy the new entry "ODG (Remix)" which has been uploaded for you on TunezJam...