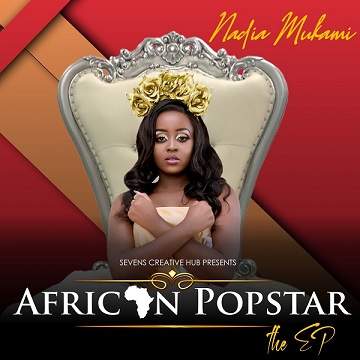 
New collaboration on the platform. Nadia Mukami the Kenyan female singer featured Marioo on the song "Jipe". She delivered this song in the year, 2020 from her new and anticipated body of work Extended Play "African Popstar" which consist of 7 impressive tracks with lots of guest appearances.

Nadia Mukami featured Marioo, the Tanzanian singer who contributed to making the song a successful one. The song "Jipe" is another one with a special production where Nadia still maintained her unique style and showed another side of her capabilities.

Marioo the guest artist from Tanzania who is also known for his unique style in satisfying the fans did wonderfully and added his vocal to create a unique record for the listening delight of the fans. Both singers performed well and trust me, you won't like to miss this one right here.