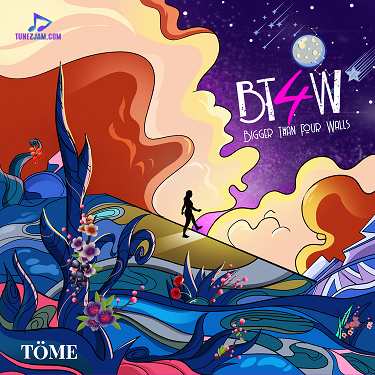 
On this one, Tome calls out the Nigerian super singer, Runtown as they create a new amazing tune "Concentrate" for the listening delight of the fans. It was recorded and made worldwide in 2020 and is one of the most outstanding tracks off Tome's new offering "BT4W (Bigger Than Four Walls)", an album of ten tracks.

Tome offers her first studio album "BT4W (Bigger Than Four Walls)" which was released through Kiza Music under an exclusive license to Mad Solutions. It is a project where she proves her true self and the high level of her music genres (Alternative R&B, Afrobeats and Pop).

BT4W (Bigger Than Four Walls) is a remarkable body of work album which is made of Afropop. Guest appearances feature vocals from Wavy The Creator, King promise, Runtown and Zlatan, whose individual services are generally accepted.

The song "Concentrate" from the project appeared as the 6th and one of the best tracks that deserve a perfect place in your favourite playlist and here you have it for your free download.

Share Tome - Concentrate ft Runtown Mp3 with others on;