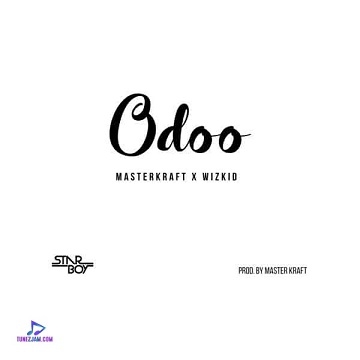 
As the industry is full of excitement, Masterkraft the record producer released a new song "Odoo" as he features the likes of Wizkid who did the vocal performance. It was recorded and released in 2017 and has started making a massive trend out there.

Sunday Ginikachukwu Nweke, professionally known as Masterkraft, is a Nigerian record producer, disc jockey, band director, pianist, and songwriter. He is one of the most celebrated record producers and has worked with superstars like Flavour N'abania, Bracket, Banky W, Sound Sultan, Timaya, Lynxxx, M.I, J. Martins and others. Due to his impressive performances, he won "Music Producer of the Year" at the City People Entertainment Awards 2015.

Today, as the beautiful work continues, the amazing record producer offers another astounding piece of music "Odoo" as he calls out the Afrobeat singer, Wizkid who goes beyond expectations. Trust me, you won't like to miss this from Masterkraft...

Share Masterkraft - Odoo ft Wizkid Mp3 with others on;