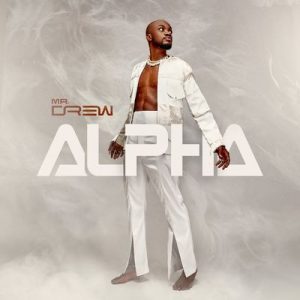 
Talented Ghanaian singer, songwriter and performer, better known as Mr Drew, is back again with another love song named "Somebody's Bae". This mind-blowing record will surely take you far away. Starting from the lyrics, vocals and instruments. Mr Drew really came through on this number.
You will find this record "Somebody's Bae", off his much-anticipated body of work named "Alpha", listed as the eleventh record. It was produced by ever blazing Ghanaian music producer, Beatz Vampire, doing his thing as usual.

Mr Drew, released this masterpiece soundtrack, for the amusement of his esteemed fanbase and the music community. The sound flows, cadence and arrangement of words were top-notch.
Somebody's Bae is one of the most-favoured records on this project "Alpha". The record is a great and awesome piece of music, you will want to add to your playlist and play endlessly.