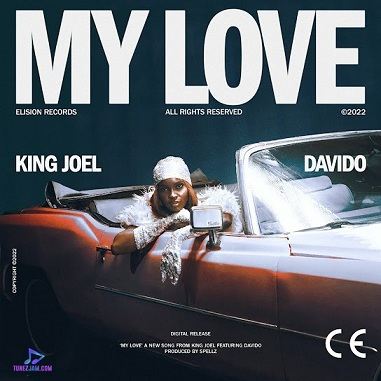 
Nigerian recording artist, King Joel is back again with a new song "My Love" featuring Davido.


With a huge fan base, King Joel create new merry-making as he released the song "My Love" which features the voice of DMW honcho, Davido. It was recorded and released in 2022 and has started gaining fans' attention and accumulating many streams on the platforms.

Joel Bruce King commonly known as King Joel is a Nigerian-American rapper, singer and songwriter. He is one of the celebrated Nigerian artists who has associated with some superstars in the industry like Peruzzi, Buju, Runtown and others who are still keeping their records.

Today, as the industry is full of excitement, the sensational super singer released a new melody "My Love" as he calls out Davido who added his voice to create something good for the listening delight of the fans.

The production was handled by benjamin and Spellz and released through Elision Records.

Share King Joel - My Love ft Davido Mp3 with others on;