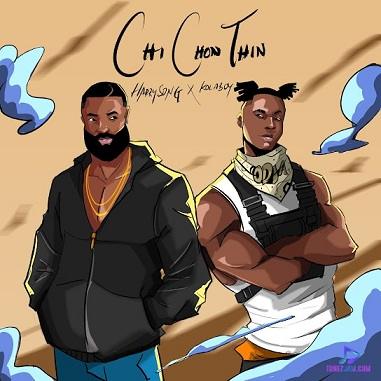 
Harrysong is back again in the music scene with a new song "Chi Chon Ting" featuring the rapper, Kolaboy.


"Chi Chon Ting" is a new song by the Nigerian top-celebrated singer, Harrysong featuring the voice of the rapper, Kolaboy. It was recorded and released in 2022 and has started gaining fans' attention and accumulating many streams on the platforms.

Harrison Tare Okiri, better known by his stage name Harrysong, is a Nigerian singer, songwriter and instrumentalist who rose to fame after his tribute song to Nelson Mandela won the "Most Downloaded Callertune Award" at The Headies 2013. Harrysong has associated with other superstars in the industry and is known as the founder of Alterplate Music Company.

Thinking that it's not yet enough, the sensational recording artist dropped another impressive song "Chi Chon Ting" which had the additional voice of Kolaboy, who rendered good service in making it a successful one.

Chi Chon Ting was released through Alterplate Music, with an exclusive license to ONErpm