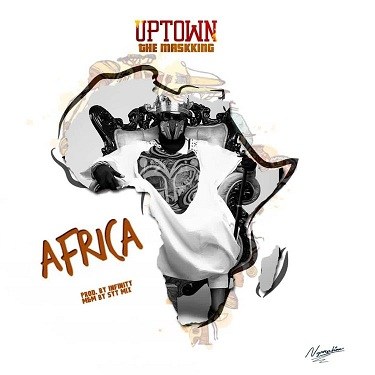 
MaskKing, comes again with another sizzling record named "Africa", for the listening delights of his music fans.


One of the Nigeria rising singers, MaskKing, unleashes this single this interesting record he tags "Africa", for the amusement of his growing fanbase and the music community.
Africa is a lovely soundtrack with infectious lyrics, that matches the historical interrelatedness of the black world and the heroism of its race. He really took out his time to compose and record this song, which his fans will be pleased to hear.

MaskKing, keeps giving out good records, one can't get tired of listening to. Some of his previously recorded songs are "Overdose", "Race", "For Your Head" and many more credited to him.
Stream and download this rare record from MaskKing named "Africa', via TunezJam Music Website.

MaskKing - No King For The Street