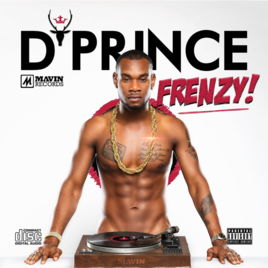 This song Ife by D prince features talented songstress Tiwa Savage. This record is off his debut studio project tagged Frenzy (Deluxe Edition). This is an album dedicated to all D Prince fans worldwide.
This record appears as the thirteenth song off the Frenzy project which consists of twenty three tracks. This album was released in 2012. There are more on the album though. A well packaged album, trust me it’s a good album.

Certainly, D’Prince is back from his break and as usual he never disappoints as he comes blazing with some fire tracks. Featuring Tiwa Savage is a very big moves by D Prince. Tiwa Savage gave the song a very nice flavor with her beautiful voice. This song is also a must listen.