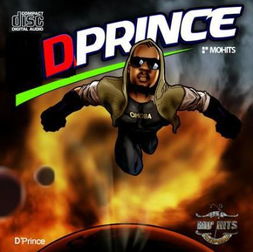 Mohits star, D Prince break through the music mainstream with this exciting track titled Omoba. This song as the time of its released was one of the top charting record back then.
This track Omoba is D Prince debut record that brought the singer to limelight. The fans loved this song so much, this track is what makes the fans to give D Prince the name Omoba.

Omoba, a song by Nigerian Afro pop singer, songwriter D’Prince, released in 2009 under Mo’Hits records and produced by Don Jazzy. This track broke so many records as at then, the song gained so much airplays and was making big waves back then.

This record placed D Prince at the top of his career and up till this moment the singer is still reaping the fruits that this song has yielded. Kudos to Don Jazzy for the awesome production.

Tellaman - Note To Self (UDI)