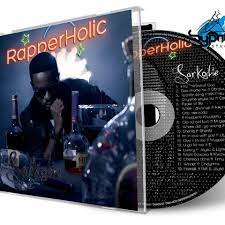 
Very talented Ghanaian rapper, Sarkodie, outdoors this incredible soundtrack named "Warrior Song", in which he enlisted KK Fosu, who graced a wonderful performance on this number, which was well-accepted by their fans and lovers of good music.

Warrior Song is one of the hit records, which makes up Sarkodie, dazzling studio body of work named "Rapperholic", standing as the album's third record, released in the year 2012, under Duncwills Entertainment Records.

Sarkodie who is known for his versatility and credibility released this record, in order to give his fans a good masterpiece soundtrack, which will be used to remember him in long run. His collaboration with KK Fosu, on this record "Warrior Song", is mind-blowing. Listen up and download the Mp3 audio below via TunezJam Music Website.