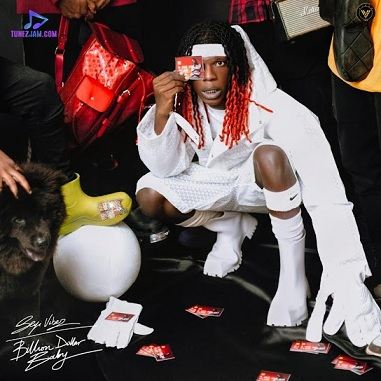 
Listen and enjoy this beautiful melody "Billion Dollar" by the Afrobeat singer and songwriter, Seyi Vibez.

Seyi Vibez released his second studio album "Billion Dollar Baby" after the successful release of "NSNV (No Seyi No Vibez)" in 2021. The new offering was released through Vibez Inc and Dvppper Music.

Billion Dollar Baby is another special and well-created body of work in which Seyi Vibez still showcases his capabilities. It is made of Afrobeat and houses a number of eleven tracks. Guest appearances feature Nigerian sensational acts, Simi and Mayorkun whose services are generally acknowledged.

In addition, the song "Billion Dollar" rises to be the 6th and one of the most engaging tracks you've been wanting to enjoy and here on TunezJam, you have it for your free download.

Share Seyi Vibez - Billion Dollar Mp3 with others on;