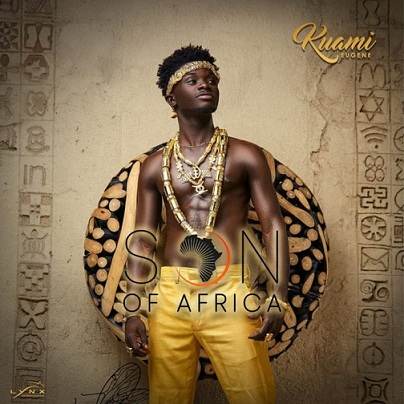 
A new refreshing record, coming from Kuami Eugene, christened "Marry Me", released in the year 2020, under the management of Lynx Entertainment Records, home to, KiDi, MzVee, Kelvyn Boy and many others.

This bracing soundtrack, "Marry Me", is one of the interesting records, which makes up Kuami Eugene, prestigious body of work named "Son of Africa", standing as the album's fourth record, with boost production from Richie Mensah and Kuami Eugene, as well.

Every music listener in Ghana knows the name Kuami Eugene, he who doesn't know him, is a newcomer in the music mainstream. This young dude is one of the most listened to artists, in Ghana. He has a unique style of doing music, which his fans love, also his style of music blends on Highlife and Afrobeat music genres. Finally, here comes a single record from him tagged "Marry Me".


Share Kuami Eugene - Marry Me Mp3 with others on;