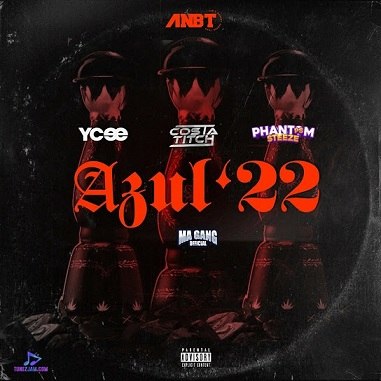 
Ycee is back again to the music scene with a new song "Azul 22" featuring Costa Titch, Phantom Steeze and Ma Gang Official.


"Azul 22" is a new Amapiano song by the Nigerian recording artist, Ycee which features the South African sensational artists Costa Titch, Phantom Steeze and Ma Gang Official. It was recorded and released in 2022 and has started going viral and becoming the new Amapiano sound to enjoy this time. "Azul 22" was released through The ANBT Company under an exclusive license to ONErpm.

Oludemilade Martin Alejo, known professionally as Ycee, is a Nigerian rapper, singer, and songwriter. He gained popularity after his single "Condo", which features vocals by Patoranking, earned him two nominations at the 2015 Nigeria Entertainment Awards. Ycee is one of the most celebrated rappers and fans' favorite artists who have mingled with lots of superstars in the industry.

As fans waited for his new drop, the rapper finally releases a new appealing one "Azul 22" made of Amapiano. It is a nice and classic one that had the beautiful services of Costa Titch, Phantom Steeze, and Ma Gang Official, the South African notable musicians.