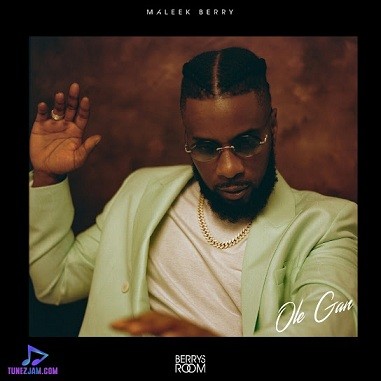 
"Ole Gan" is a new song by the British-Nigerian record producer and recording artist, Maleek Berry. It was recorded and released in 2022 and has started going viral and becoming the new music to enjoy this time. "Ole Gan" was released through Berry's Room.

Maleek Shoyebi, professionally known as Maleek Berry, is a British-Nigerian record producer and singer. After his break into the limelight in 2012, he was nominated as "Music Producer of the Year" at the 2014 Nigeria Entertainment Awards. Berry has also worked with famous artists such as Wizkid, Davido, Wale, Fuse ODG, Runtown, and Iyanya.

Being his second single of the year after the release of "My Way", the amazing crooner dishes out another satisfying one "Ole Gan" which he also performed perfectly well by giving the beat a nice voice and lyrics that would be highly accepted by all. The song is said to be one of the tracks off his forthcoming album "If Only Love Was Enough" to be released in 2023.

Share Maleek Berry - Ole Gan Mp3 with others on;

Banky W ft. Maleek Berry - All For You