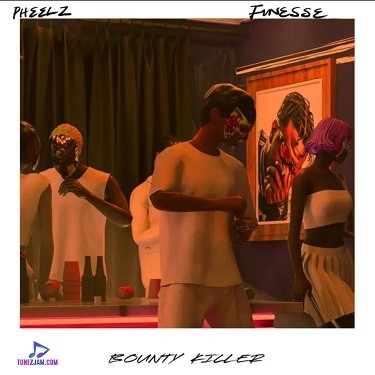 
"Finesse (Remix)" with the additional voice of Bounty Killer is a song by the Nigerian record producer and singer, Pheelz. It was recorded and released in 2022 and has started going viral and collecting many streams and fans' commendations for a job well done. It was released through DC Talent Agency LLC and production was handled by Bassto and IzyBeats.

Phillip Kayode Moses better known as Pheelz, is a Nigerian record producer, singer, and songwriter who has worked with several artists and musicians, such as Olamide and Tiwa Savage. Pheelz is one of the most celebrated producers in Nigeria and is currently making a tremendous trend internationally with his hit singles "Finesse".

The song "Finesse" is an Afro-fusion piece of music by Pheelz featuring Bnxn (Buju). It was produced by Miichkel and released through Riidiimacool. "Finesse" gained popularity across TikTok in Europe and America. It was ranked at number one on TheCable's list of 10 TCL radio pick of the week and at number two on Music in Africa's top Afrobeats songs of 2022. It also topped other charts including Billboard Global 200, etc.

As the song keeps on buzzing globally, Pheelz released a remix that had the additional voice of the Jamaican reggae and dancehall deejay, Bounty Killer. It is another clear and lovely version of this fans' favourite song in which Pheelz and Bounty Killer go beyond expectations in reaching their satisfaction.