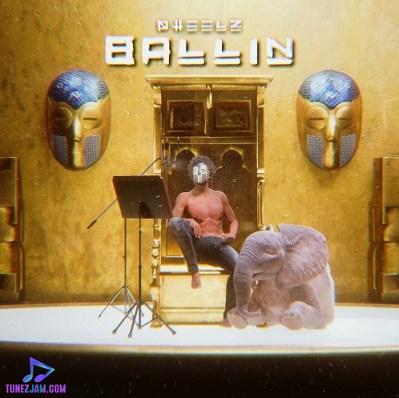 
Pheelz returns back with another satisfying and banger hit song titled "Ballin".


"Ballin" is a new Afropop record by the Nigerian record producer, songwriter, and recording artist, Pheelz. It was recorded and made worldwide in 2022 and has started buzzing and collecting lots of fans' commendations for a job well done. "Ballin" was released through Rii Collective.

Phillip Kayode Moses, better known as Pheelz, is a Nigerian record producer, singer and songwriter. One of the most celebrated Nigerian producers who has worked with several artists and musicians, such as Olamide and Tiwa Savage. Pheelz is known to have produced many songs especially a song on Olamide's Baddest Guy Ever Liveth album.

Today, after the thriving release of "Electricity" with Davido, the sensational act released another delightful one "Ballin" which would be highly accepted and enjoyed by his beautiful and growing fan base. It is a beautiful piece of music with a lovely rhythm and catchy lyrics that will surely be worth a place in your favourite music playlist.