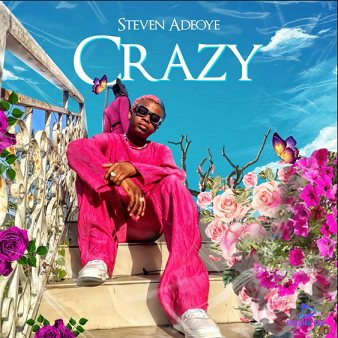 
The gifted young Nigerian singer, Steven Adeoye has come through with a new song "Crazy".


"Crazy" is a new beautiful piece of music by the Nigerian recording artist, Steven Adeoye. It was recorded and released in 2022 and has started going viral and collecting many streams and fans' positive recommendations for a job well done. "Crazy"

Steven Adeoye is one of the Nigerian new faces in the music industry. A talented singer who just rises with full energy to dominate with his studio record and entertainment in general. He gained public attention with the release of "Ali" which accumulated millions of streams on the platforms.

Today, after the release of "Ali (Remix)" with T.I Blaze and Portable, the young crooner rises again with a new song "Crazy" which would still be accepted and enjoyed by his growing fan base.