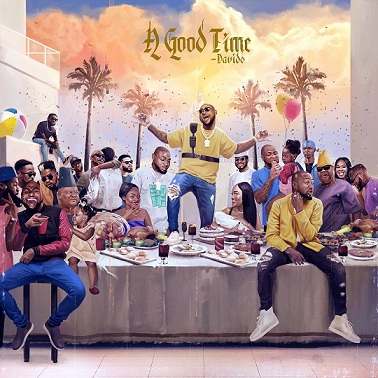 
Here comes the Intro, of Davido album " A Good Time" released in the year 2019.


Multi-Talented Nigerian hitmaker, Davido, drops this record called "Intro". This impressive soundtrack is the first record you will find on his much-accepted body of work tagged "A Good Time".
The project was released in the year 2019, which houses seventeen marvellous tracks, featuring top/trending musical artists; Chris Brown, Gunna, Peruzzi, Summer Walker, Zlatan and many others. The project was released under the management of DMW Records, home to Peruzzi, Dremo, Mayorkun, just to mention a few.

Davido, uses this album "A Good Time" to make a major impact on the music scene, showing his versatility and lyrical dexterity to his music fans. The album is that kind of project, which you haven't heard of anywhere else, it mainly blends on Afrobeat sounds, but has other music genres.
In this Intro, he sings "I'm a shooting star in a blockbuster, I'm a young stunner, I'm a stock broker... and a lot more. This artist is known well for this kind of song, which his muisc fans keep loving.