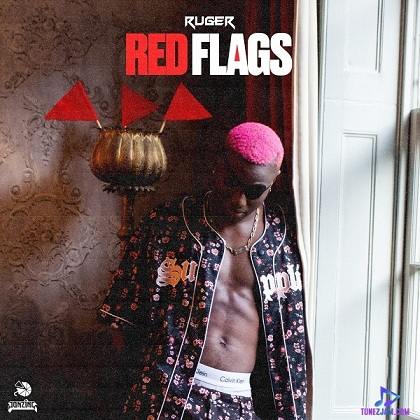 
Once again, let's listen to the new entry "Red Flags" by the recording artist, Ruger.


"Red Flags" is a new song by the Nigerian super crooner, Ruger. It was recorded and released in 2022 and has started making a trend and collecting many streams and fans' commendations. "Red Flags" was released through Jonzing World Entertainment under an exclusive license to Sony Music Entertainment UK. Its production was handled by TSB.

Michael Adebayo Olayinka, popularly known as Ruger, is a Nigerian Afrobeat singer and songwriter. He came into the limelight in 2021 after he signed a record deal with D'Prince "Jonzing world record. Currently, he is one of the young and most celebrated crooners and has mingled with a few superstars in the industry.

As the beautiful work continues, Ruger updates his fans' music playlists by releasing two songs "Red Flags" and "Asiwaju" which are both classics to reach their satisfaction. It is a follow after the thrive release of "The Second Wave" deluxe edition which is still on trend and collecting lots of commendations from the fans.

Furthermore, "Red Flags" and "Asiwaju" are said to be contained in his forthcoming debut album which is scheduled to be released in 2023. Some other artists are expected to make their own offerings in the same year which has been notified as well.