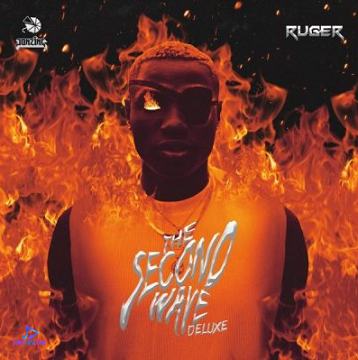 
"Girlfriend" is a new song by the Nigerian recording artist, Ruger as he offers the deluxe version of his EP.


To satisfy his beautiful and growing fan base, the Afrobeat crooner, Ruger kicks off this classic number titled "Girlfriend", which has started making a trend in Nigeria and across the country as well. It was released in 2022 and was taken from his new Extended Play deluxe called "The Second Wave".

To add more pressure to it, Ruger offers the deluxe version of his trending Extended Play "The Second Wave" which was released in 2021. The deluxe version carries a number of three tracks added to the four previous tracks, "Champion", "Useless", "Snapchat", and "Dior". The new offering was released under Jonzing World Entertainment under an exclusive license to Sony Music Entertainment UK.

The Second Wave (Deluxe) is a phenomenal and well-created Extended Play where Ruger proves his talent and showcases the high echelon of his music genres. It houses seven impressive songs with no guest appearances. Truly, the project is really worth listening and here we enjoy it.

From the Extended Play, the song "Girlfriend" appeared as the 5th and one of the best tracks that will make you hit the replay button again and again...Listen and download it below!!!