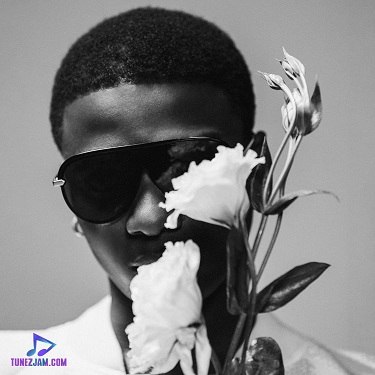 Track Title: Bad To Me


Enjoy the new offering "Bad To Me" by the Nigerian Afrobeat recording artist, Wizkid.


"Bad To Me" is the song by the Nigerian Afrobeat recording artist, Wizkid. It is the first single of this amazing superstar this year, 2022. Coming after the successful release of his studio album "Made In Lagos (2020)". "Bad To Me" was released through the management of Starboy Entertainment, under an exclusive license to RCA Records.

Ayodeji Ibrahim Balogun, known professionally as Wizkid, is a Nigerian singer and songwriter who started the music thing is his early age. Gone to the limelight after releasing "Holla at Your Boy", the lead single from his debut studio album, "Superstar (2011)", which also spawned the singles "Tease Me/Bad Guys" and "Don't Dull".

Today, after many great works and successful releases, the Starboy Entertainment honcho offered his beautiful fan base a new classic melody "Bad To Me" which is made of a perfect blend of Afrobeat and Amapiano (a style of house music that emerged in South Africa). It is such an anticipated song after Wizzy made the notification on his media handles and fans were so delighted. With this new offering, Wizkid goes beyond the expectations of the fans as he still proves himself as one of the greatest of all time most especially when utilising the music genre "Afrobeat".

Previously, "Bad To Me" comes after the successful release of Wizkid's fourth studio album "Made In Lagos "2020" which was released by Starboy Entertainment and RCA. It is one of the most successful albums of the young dude following his three other albums "Superstar (2011)", "Ayo (2014)", and "Sounds from the Other Side (2017)".

As we all know, the hard-working superstar is yet to release a new album "More Love Less Ego" this year which got the fans talking cause it was an unexpected one since the crooner is still trending with his last album most especially the tracks like " "Essence" and "Smile" which the fans mostly enjoyed so much.

As we don't know yet when the album is to drop, let's enjoy the new and already served meal that the singer wishes for his fans to enjoy and make merry with. Trust me, you won't like to miss this...

Bad To Me was produced by P2J and Sammy Soso.

Listen to Wizkid - Bad To Me Mp3 Here!

Share Wizkid - Bad To Me Mp3 with others on;