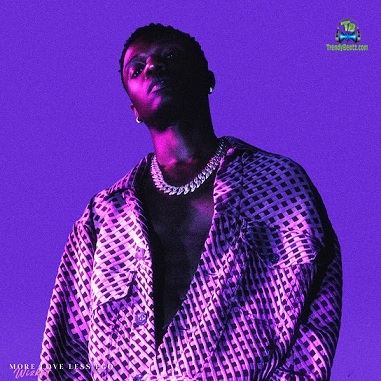 
The divo, Wizkid satisfies the fans once again with a new song "2 Sugar" featuring Ayra Starr.


With a huge fan base, Wizkid released a new astounding melody "2 Sugar" which features the female singer, Ayra Starr. It is a nice melody that deserves lots of commendation from the fans, released in 2022. "2 Sugar" is said to be one of the special tracks that come off his new and fifth studio album "More Love, Less Ego".

Wizkid released his fifth studio album "More Love, Less Ego", two years after releasing one of his trended and most successful albums "Made In Lagos (2020)". The new offering was released by Starboy Entertainment under an exclusive license to RCA Records.

More Love, Less Ego is a great and well-created body of work that was highly anticipated. It is made of Afrobeat which houses a number of thirteen tracks. It features vocals and guest appearances from international acts like Ayra Starr, Skillibeng, Shenseea, Skepta, Naira Marley, and Don Toliver, whose services are generally acknowledged. More Love, Less Ego is truly a project that is truly worth listening to as Wizkid and other superstars' talents are seen at a high level.

Finally, the song "2 Sugar" appeared as the 4th and one of the best tracks you've been wanting to overhear, and here on TunezJam, you have it for your free download.

Share Wizkid - 2 Sugar ft Ayra Starr Mp3 with others on;