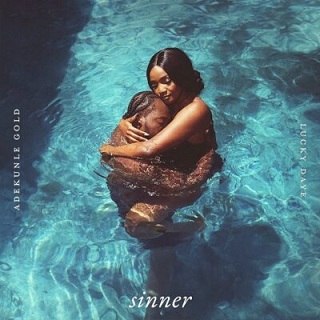 Album Name: Catch Me If You Can Album


Nigerian heavyweight singer and performer, better known as Adekunle Gold, collides with American gifted artist, Lucky Daye, on this amazing record captioned "Sinner" released in the year 2021.
This enthralling record comes through after AG Baby gave us "It is What it is", an impressive record, with insightful lyrics, well thought out, which makes the song more relatable and very easy to the ears. Also, he uses the record, to kick off his musical journey in 2021.

Adekunle Kosoko, professionally known as Adekunle Gold, is a Nigerian singer-songwriter and graphic designer. He gained attention in 2015 after his song "Sade". Later, that same year 2015, AG Baby, signed a record deal with YBNL Records, held by Olamide, where he released his first debut album called "Gold", which has hit tracks like "Orente", "Sade" and many more.

This month of August 2021, Adekunle Gold, takes Afro-pop music to another level, as he released this stunning record named "Sinner" featuring Lucky Daye, who gave a better delivery on this number. Produced by Blaise Beatz.