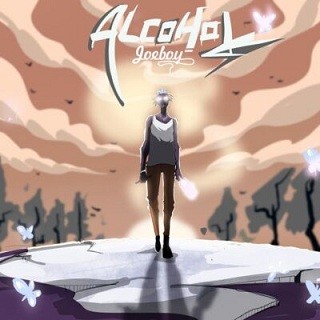 Well-Known Nigerian Afropop singer and songwriter, Joeboy, updates our playlist, with a new masterpiece record named "Alcohol", released in the year 2021. Joeboy, dishes out this record, to show off his growing versatility in a unique and experimental addition to his discography.
His sound flows, cadence and rhythms were top-notch. Joeboy, really came through on the record, which his music fans will be pleased to hear. Tempoe, did great work on the production department, released under the management of emPawa Entertainemt Records.

Joseph Akinwale Akinfenwa-Donus, widely known as Joeboy, released this single record, after his debut album "Somewhere Between Beauty & Magic" which was amassed 100 Million streams on audiomack, and an impressive project, which houses fourteen records, with no guest appreance. Joeboy, shows his fans that his very much informed, with the project.
Joeboy, rose to prominence with his record "Baby" in 2019, the record, earned him several achievements in the Entertainemt Industry, making him one of the people's favourites. Every song he touches is hit. Alcohol is no expectation. Press play and experience the world of Joeboy with "Alcohol". The record is a must-listen.